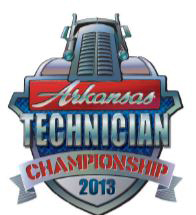 SuperTech is an competition event held during the TMC Fall Meeting. It is put on by ATA's Technology and Maintenance Council, which aims to help fleets stay safe, efficient, and profitable. The meeting offers several discussion sessions including:

In addition to the sessions, the conference will also hold a skills competition. The SuperTech competition has technicians competing for top honors and prizes. Other events at the meeting include the Technician Training Fair and TMC Task Forces.

USA Truck has seen many positive changes throughout the past few months. In addition to improving maintenance and creating fleet revitalization programs, the company saw an improvement in their 1st quarter earnings report from 2012 to the same quarter of 2013. Hopefully the company will continue making strides in driver retention and earnings, among other things. The future looks promising for USA Truck!