One of the biggest adjustments to make when starting a truck driving job is keeping communication with friends and family back home. Though truck drivers might not be physically home as often, there are still plenty of ways to stay close with loved ones on the road. Today, Rebecca shares how her family stays connected during the weeks when her husband is on the road as an OTR truck driver.

Technology has allowed our family to still feel close to each other even if my husband is miles away. Modern cell phones are awesome! Having a smartphone has allowed my children to see their daddy, play games with him, and have bedtime stories read to them each night before bed. Before my husband left, he set up Google hangouts on each of the children’s Kindles. Hangouts is just Google's version of Skype, and it’s what the children use to video chat with him.

He also set up an app called Zoodles for our two youngest children. That app is designed for younger children and has a parents' dashboard that contains story books. My husband can log on and read a different story to the kids, and not only can they see him, but they can read along with the story as well. The video of my husband reading is in the top corner of the book, and the pages of the book turn while he is reading. For the older two children, he plays online games with them like SongPop, Draw Something 2, and several other games. 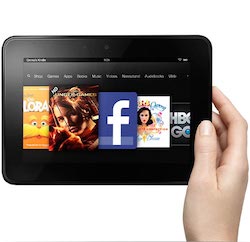 Explaining the New Job to Family

For our family, it was very important for my husband and I to let our children know that daddy was going to be starting a new job. We felt that it was important that they understand that he wasn't going to be home as much as he used to be so that they were prepared for it.

We started talking to the children the day that my husband started looking into becoming a trucker. We talked to the children almost every day about daddy getting to drive big trucks. It even got to the point where every time the children would see a semi-truck, they would say that, "Daddy will be driving that!" They thought that it was super cool that he was actually going to drive one of those great big trucks.

When we would visit, my husband would talk to the children about the new things that he learned in school. They did not really understand but they loved to hear new stories about daddy’s day. He would also show them pictures of the different kinds of trucks and we showed them what the inside of different trucks looked like. The children would have fun asking daddy what the different parts were on the truck and having him answer! This was a fun game that the kids loved to play.

We also made each weekend a new adventure for the kids. We would take the children camping, hiking, fishing, or just hang out with dad and their grandparents. We found that this helped because it showed the children that just because daddy was not home did not mean that they couldn't still see him and spend time with him.

The hardest thing to explain to the kids was that dad was going to be gone for about two months. The older two knew that it was coming because we had been talking to them about him leaving and being gone for a while. So the older two understood, but our younger two couldn't really comprehend. So what we did with them was tell them that daddy had to learn more about big trucks and that he had to go to a different school. Then we just took each day at a time.

During the time that my husband was at school and with his trainer we used video chat, email, and text a lot! We were not able to let the children see or talk to daddy every time they wanted to, but for the most part they were aalways able to get ahold of him somehow.

Eventually we started using email with the kids. While they couldn't talk with daddy everytime they wanted, they thought it was fun to send an email and wait for a response. The two younger kids would tell me what they wanted to say, and I would write Josh a letter telling him everything.  As for the two older kids, I would allow them to send their own emails.

We also found that video chat was very useful. This helped the children a lot because they were able to see their dad while talking to him. The children would talk to him about their day and he would tell them about his day. He even gave them a tour of his motel room and they thought that was so cool. They would also play games together like I Spy.

Texting was another great option for the kids. The children loved getting text from their dad even if it was nothing more than "Hi" or "Love you." Our youngest one will still take my phone and tell me that he wants to send a text to daddy. We also have an app on our phone where my husband can read a story to the children and it would be saved to their Kindle. This was great because the kids got to hear their daddy read them a bed time story every night.

How do you keep in touch with your family on the road? Share your thoughts below!