PAM Transport recently recognized a special group of 5 drivers at its Mission MPG event in Tonitown, Arkansas.  The Mission MPG initiative is intended to reward PAM Transport's most fuel-efficient drivers through incentives and other prizes.  A group of about 2,000 drivers have a friendly competition throughout the year with quarterly and yearly incentives/prizes awarded to those with a performance in the top 10 percent.  At the end of the year, the top 5 drivers are recognized at an awards ceremony.  Each of the drivers recognized was in the top 10% every single quarter and all drivers were accident free during 2012.  We continue to read more positive PAM Transport reviews from drivers as they roll out programs like this one, so let's take a closer look...

So, why is it important for truck drivers to be fuel efficient?  Just as an example, the difference between 6.4 MPG and 6.5 MPG can mean 2 million dollars to the bottom line. That's a HUGE deal!  To thank the drivers for all of their hard work in 2012, PAM Transport paid out over $700,000 in incentives and gave away some awesome prizes at this year-end Mission MPG event. 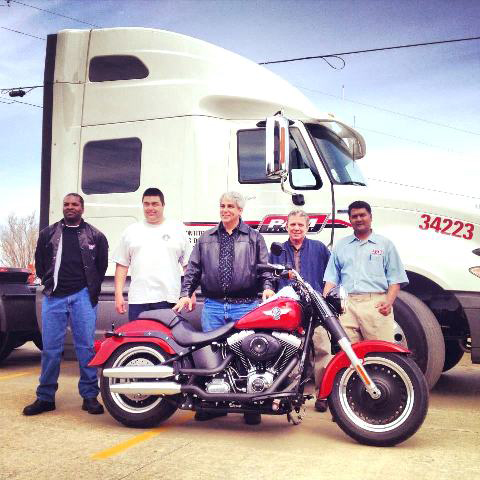 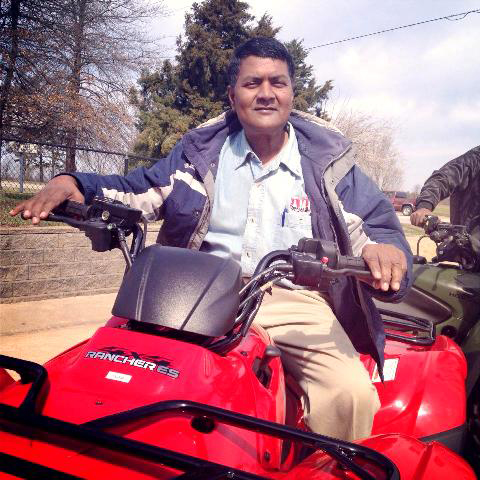 Many of these PAM Transport drivers were able to double the incentives that they received the previous year through the Mission MPG program.  They are a very goal-oriented focused group of drivers, each dedicated to safety and being as fuel-efficient as possible.  They shared some tips with me at the event such as:

You should be looking at these drivers saying, "If he can do it, I can do it too."  Each one of these drivers had to start somewhere and they have all learned a lot over the years about how to perform on a high level.  Every single one of them told me that attitude makes a huge difference and you have to be willing to learn from your mistakes.  They all said, each day they learn something new and get better than they were the day before.  Setting out to achieve what any of these 5 drivers were able to do in 2012 would be a great goal for any new truck driver at PAM Transport.

Start A Trucking Career with PAM Transport
If you're considering becoming a truck driver, go ahead and fill out our online driver application.  This is a secure application that will not commit you to anything, but WILL allow you to schedule a time to speak with a representative from Driver Solutions about the truck driving training and job opportunities currently available in your area.  Who knows, you could be one of the drivers recognized at the Mission MPG event next year!