First of all, let's define the "Ultimate Truck Driver."

Ultimate Truck Driver - a truck driver who embraces challenge, unafraid of the elements they may encounter.  The Ultimate Truck Driver considers himself/herself an ambassador to the industry and wants to share his or her journey with others in a way they've never seen before.

It's difficult enough to think of gift ideas for truck drivers, so how in the world do you buy something for the Ultimate Truck Driver???  You know, the trucker who lives and breathes life on the road while eating up every minute of their experience.  You need a really good gift idea for this trucker.  Something that shows the trucker you really care...something more than just buying a gift card.

What better way to capture life on the road as the Ultimate Truck Driver than using the new GoPro HERO3 Camera?  This brand new video camera allows truck drivers to capture high quality HD video with no limits.  This camera is the most advanced GoPro, designed to be put to the test outdoors.  It's also easy to mount on the truck or even wear (on your head or elsewhere) to get a view that only the Ultimate Truck Driver would dare to capture.  Want more?  The GoPro HERO3

also takes professional quality photos with its 11 MP camera and has buil-in WiFi.

See the GoPro in Action as Jerry Ott Films a Drop & Hook!

Now, wasn't that a cool view of a drop and hook?  The fact is, truck drivers and viewers absolutely love it.  What better way to capture the action of working a truck driving job than getting up close and personal with an angle like this?  Imagine sharing this with friends and family or showing the kids what "mommy" or "daddy" does for a living.

Get Your Ultimate Truck Driver the GoPro on Amazon here

Check out what some viewers and fellow truckers had to say after watching Jerry's video: 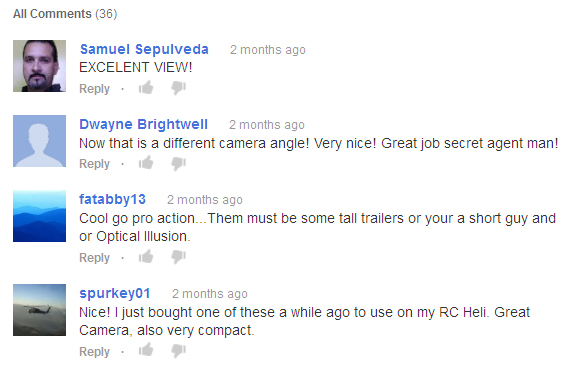 Also, for those of you who also happen to be "techies" or "geeks" here's a full rundown on the benefits and specs from the GoPro.com website: 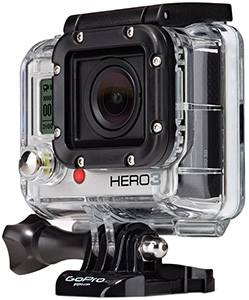 So there you have it, a full run down on a great gift idea for the Ultimate Truck Driver.  If you really want to think about making a lasting impression this holiday season, take a look at the GoPro HERO3

so the trucker in your life can share life on the road from a whole new angle!

Note: it never hurts to have some extra memory on hand - especially if you know your special truck driver is going to want to shoot a lot of video You can pick up flash memory cards at a good price on Amazon here.

Do you know anyone using the GoPro camera?  Share your feedback in the comments below!