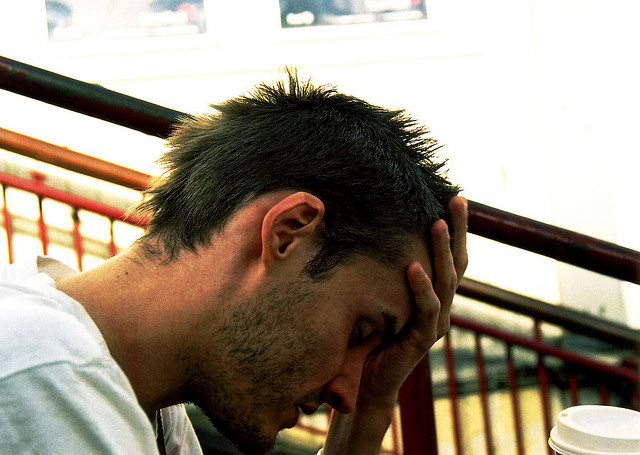 One of the things that I have had a hard time with since my husband become a truck driver is not getting too stressed out. Not getting stressed out was hard for me because when I was helping keep track of the weather and road conditions, I would start to worry that something bad would happen to him. I would also worry that he would not get his load picked up or delivered on time. There were many other things that I would see or read about that would cause me to worry about my trucker. I believe that every spouse of a trucker will have stress that they will have to overcome at some point.

Have a Little Faith

My husband and I had to come up with a way that I could still help him but not constantly be so stressed out. One of the things that I did to help myself and him was have faith in him. I had to have faith in the fact that he was going to be ok no matter the weather or road conditions. I also had to have faith that he could get his load picked up and dropped off on time.

When Josh left to become a trucker we had never been apart and I will have to say that I was worried. Even though I was worried, my trucker was not -- he had faith in me and in the fact that I could handle things. So I knew that I had to have the same faith in him.

Another way that we did was make sure that we always keep in touch with each other. We never go a day without talking. This helped me because this let me know he was doing good and everything was ok. He will send me a text when stopped for the night and let me know that he was stopped and he would also let me know when he was getting up. So I knew if I had not heard from him by a certain time, I would need to call him. I cannot stress the fact that communication is the key to everything.

I am a part of an online community for trucker’s wives and this can cause me some stress at times because you see a lot of wrecks and you do hear some horror stories about truckers. But you have to keep in mind that it's not your trucker and this also helps you give your trucker the heads up if they are going in that direction. You also have to look at the fact that this is a place that you can get some really good ideas for your trucker.

Learn more about being a trucker's wife.